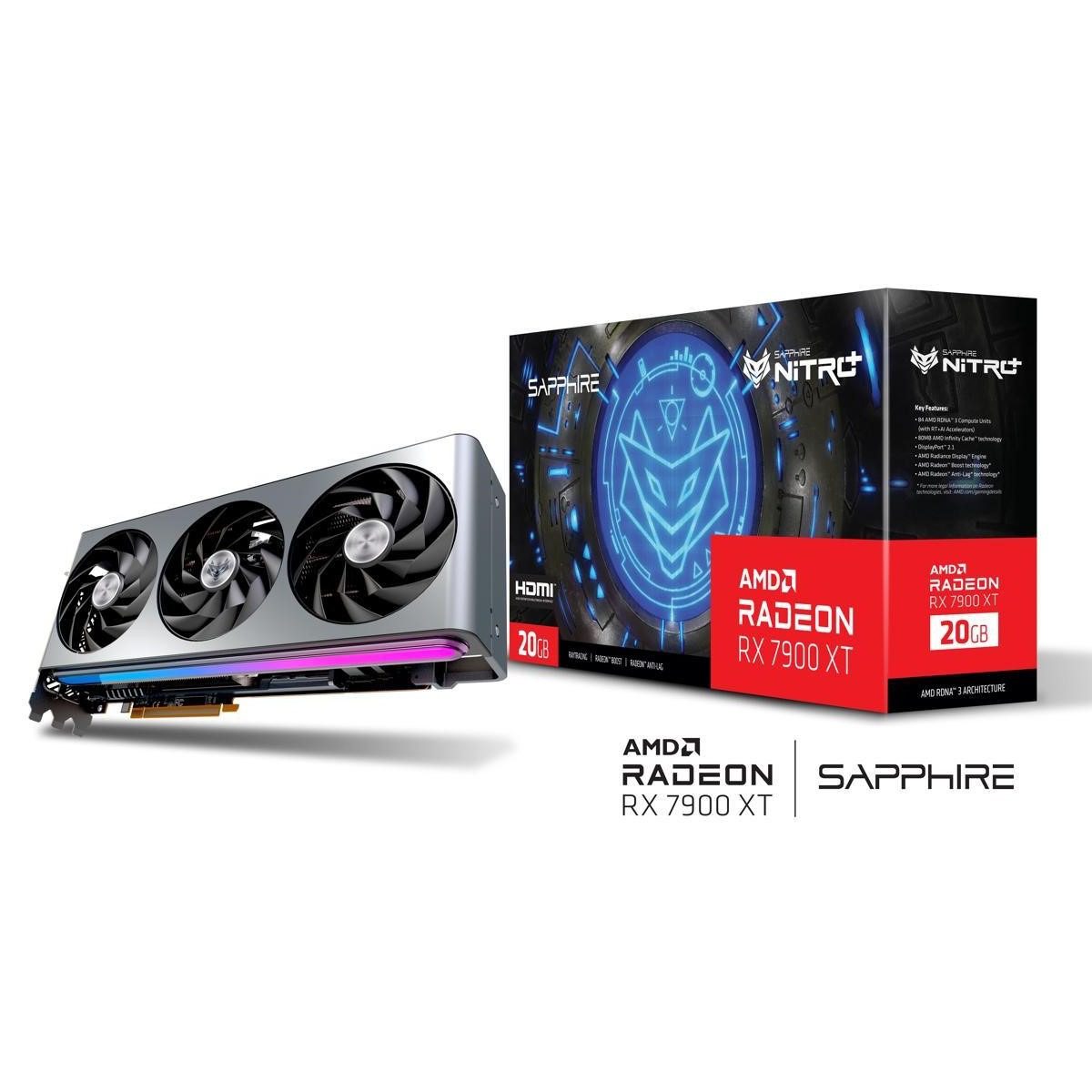 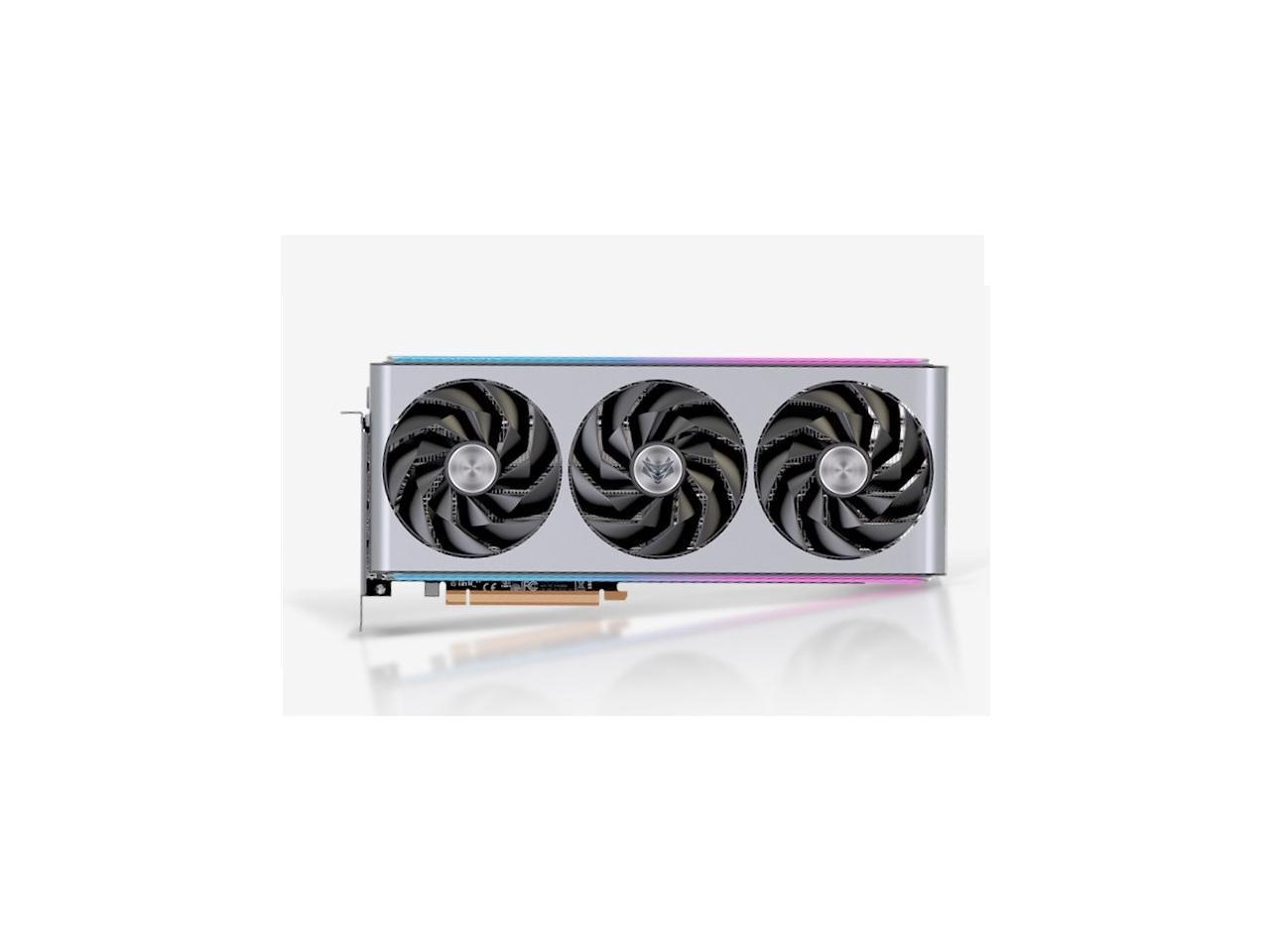 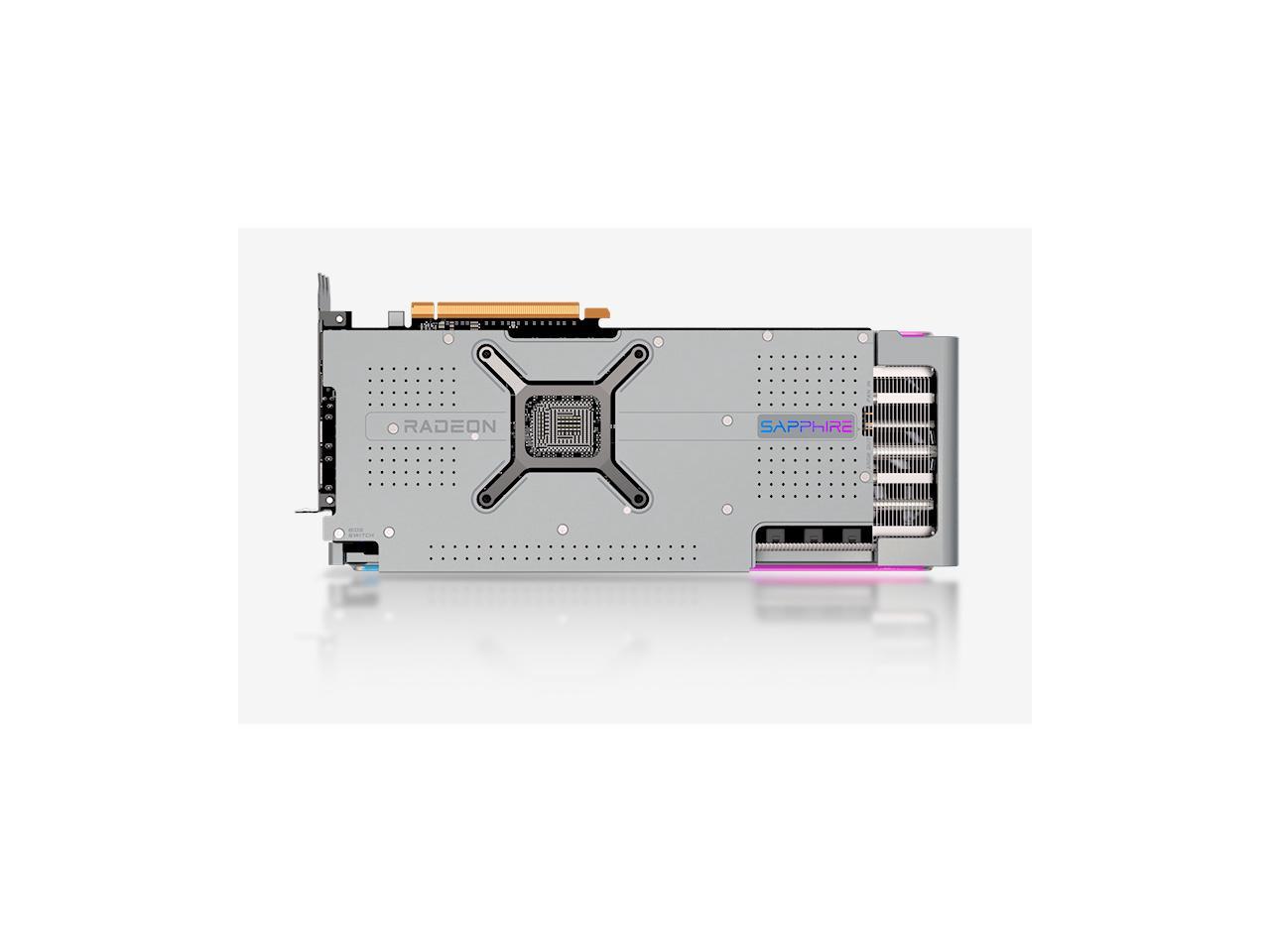 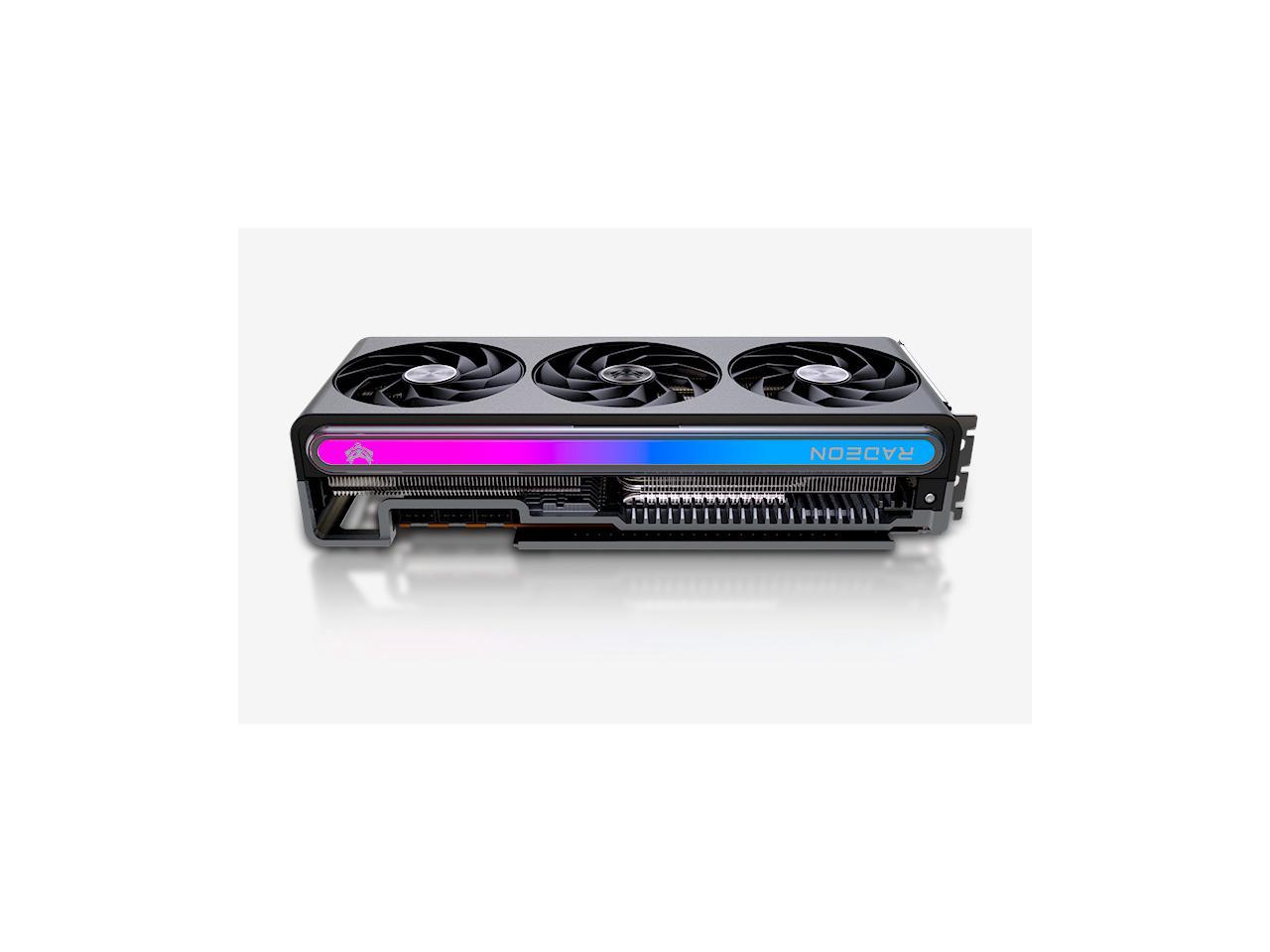 Software BIOS Switch
Switch from OC BIOS to Secondary mode or back using our TriXX software for a quick and easy switch between your dual BIOS modes.

ARGB
Personalize the look of your NITRO + card with its built-in ARGB.

Vapor-X Cooling
The Vapor Chamber is mounted in contact with the surface of the main chip and memory. Since the entire area transfers heat at the same rate, the Vapor-X module has been engineered to operate more efficiently than a copper heat sink at carrying away heat. Upon gaining heat, the heat source is pushed to the Vaporization Wicks to begin the heat dissipation process. Due to extreme low pressure, working fluid and pure water are easily vaporized, and transferred through the vacuum until reaching the Condensing Wick which is adjacent to the cooled surface. From here, it turns back to a liquid state whereby the liquid is then absorbed into the Transportation Wick by capillary action and moved back towards the Vaporization Wick. A recycled liquid system occurs when the heat source reheats the liquid and it becomes re-vaporized by the Vaporization Wick to restart the Vapor-X Cooling process.

The WAVE Fin Design reduces friction when the wind goes into the fin module resulting in a reduction of the wind cut noise.

The V-shape fin design on top of the GPU accelerates and centralizes the air flow around the GPU to dissipate heat efficiently.

Die Casted Aluminum-Magnesium Alloy Frame & Frontplate Heatsink
The Die Casted Aluminum-Magnesium Alloy Frame enveloping the sides of the PCB help to strengthen the structural stiffness of the shroud to create a strong, scratch resistant and high quality finish that elevates the aesthetic and strength of the graphics card. Overlaying the entire PCB, the die casted Frontplate Heatsink cools the VRM, Memory and Chokes resulting in superior heat dissipation for top-notch airflow and cooling performance.

High TG Copper PCB
The GPU is mounted on to the high-density 14 layer 2oz Copper and high TG PCB to match the rapid speed, high current and increased power requirement of the GPU and memory to guarantee high stability of the PCB during operation.

Optimized Composite Heatpipe
The composite heatpipes are fine-tuned for each individual cooling design with optimal heat flow, efficiently and evenly spreading out the heat to the entire cooling module.

Assistive System Fan Control
When the temperature of the GPU increases, the graphics card fans speed up accordingly. To further help with cooling and heat dissipation, the Assistive System Fan Control feature in SAPPHIRE’s TriXX software controls the speed of a system fan to automatically increase at the same time as the graphics card fans, this assists in expelling the heated air from the entire system faster.

Fuse Protection
In order to protect your card, the SAPPHIRE cards have fuse protection built into the circuit of the external PCI-E power connector to keep the components safe.

Dual ARGB Light Bar
With tasteful shroud design augmented by ARGB LEDs, you can change the colors of the LED, for a customized design. This can be controlled via TriXX software. Choose from different modes including Fan Speed Mode, PCB Temperature Mode or the colourful rainbow mode or turn off the LEDs.

Fan Quick Connect
If there’s a fan problem, you don’t have to return the entire card. SAPPHIRE or our channel partners will send out a replacement fan directly to you! That means they’re easy to remove, clean and replace, with just one screw holding them securely in place.

Two-Ball Bearing
These feature Dual Ball bearing fans, which have an approximately 85% longer lifespan than sleeve bearings in our tests. The improvements to the fan blades means the solution is up to 10% quieter than the previous generation.

Heat is dissipated by a trio of large efficient fans running anticlockwise to maximize airflow.