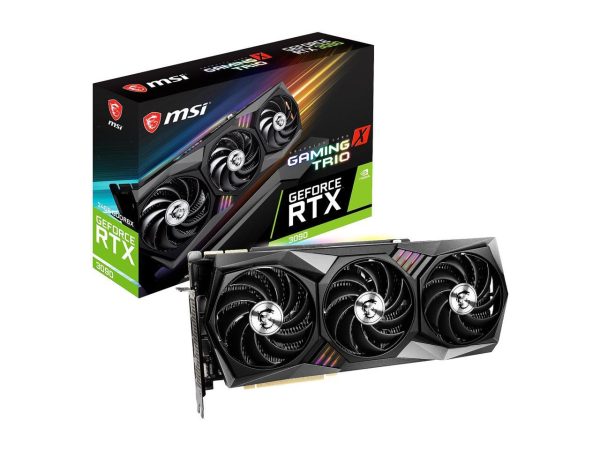 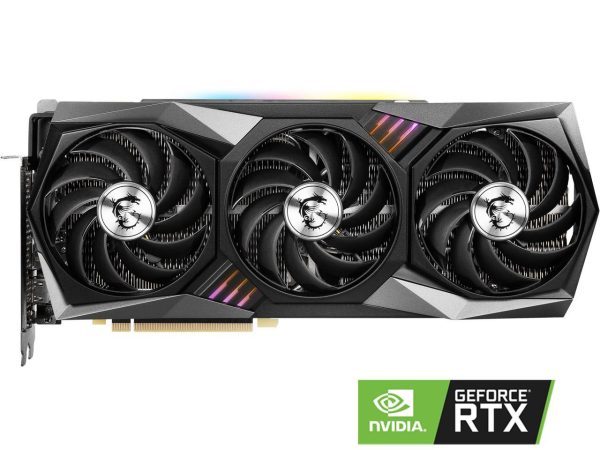 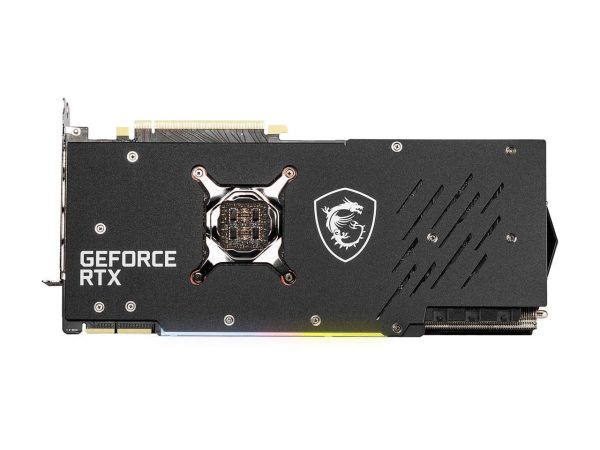 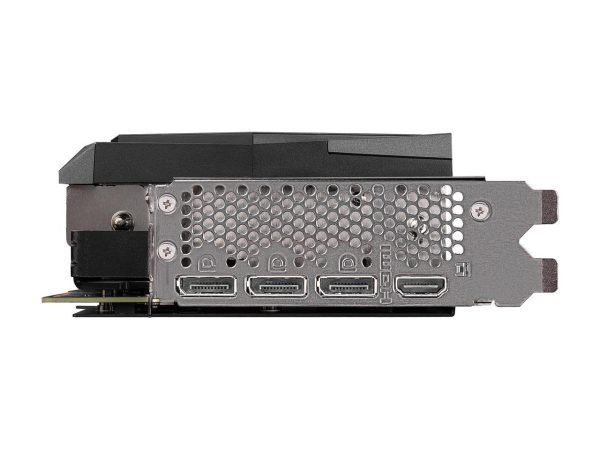 THE GAMING YOU KNOW & TRUST
The latest iteration of MSI’s iconic GAMING series once again brings performance, low-noise efficiency, and aesthetics that hardcore gamers have come to recognize and trust. Now you too can enjoy all your favorite games with a powerful graphics card that stays cool and silent. Just the way you like it.

LIGHT ‘EM UP
It’s time to put on team colors. Synchronize lighting with other compatible devices to take the light show to another level. Going dark is as easy as turning the lights off.

TRI FROZR 2 TORX FAN 4.0
TORX FAN 4.0 is built on teamwork, with pairs of fan blades bound together with a linked outer ring design that focuses airflow into the updated TRI FROZR 2 cooling system.

CORE PIPE
Core Pipes are precision-machined for maximum contact over the GPU and spread the heat along the full length of the heatsink for optimal cooling.

COOL 360°
Leave no space unchecked. Heatpipes beneath the sturdy matte-finish metal backplate provide additional cooling for the memory modules on the rear of the PCB.

THAT’S HOW WE ROLL
Extremely durable double-ball bearings spin your TORX FANs for years of intense and lengthy gaming sessions with zero noise.

SPLASH ON SOME COLOR
Dragon center — Mystic Light gives you complete control of the RGB lighting for both MSI devices and compatible third-party RGB products both inside and outside your system.

ONE-CLICK OVERCLOCKING
Afterburner – OC Scanner is the easiest and safest way to get more performance out of your GeForce graphics card. Powered by an algorithm created by NVIDIA, maximum clock speeds are determined and safely applied for your graphics card.

ONLY ON GEFORCE RTX

THE BEST EXPERIENCE FOR EVERY GAME Game Ready Drivers

RTX. IT’S ON. ULTIMATE RAY TRACING AND AI
NVIDIA RTX is the most advanced platform for ray tracing and AI technologies that are
revolutionizing the ways we play and create. Over 150 top games and applications use RTX to
deliver realistic graphics with incredibly fast performance or cutting-edge new AI features like
NVIDIA DLSS and NVIDIA Broadcast. RTX is the new standard.

GET FASTER PERFORMANCE WITH NVIDIA DLSS MAX FPS. MAX QUALITY. POWERED BY AI.
Get a performance boost with NVIDIA DLSS (Deep Learning Super Sampling). AI-specialized Tensor Cores on GeForce RTX GPUs give your games a speed boost with uncompromised image quality. This lets you crank up the settings and resolution for an even better visual experience.

GAME READY DRIVERS THE BEST EXPERIENCE FOR EVERY GAME
GeForce Game Ready Drivers deliver the best experience for your favorite games. They’re finely tuned in collaboration with developers and extensively tested across thousands of hardware configurations for maximum performance and reliability. They also allow you to optimize game settings with a single click and empower you with the latest NVIDIA technologies. That’s what we call Game Ready.

BUILT FOR LIVE STREAMING
Steal the show with incredible graphics and smooth, stutter-free live streaming. GeForce RTX GPUs feature advanced streaming capabilities thanks to the NVIDIA Encoder (NVENC), engineered to deliver show-stopping performance and image quality. Plus, exclusive optimizations to all your favorite streaming apps unlock the ability to give your audience your very best—every time.

YOUR AI-POWERED HOME STUDIO
The NVIDIA Broadcast app transforms any room into a home studio—taking your livestreams, voice chats and video conference calls to the next level with powerful AI effects like noise removal, virtual background, and more.

UP YOUR CREATIVE GAME
Take your creative projects to a new level with GeForce RTX 30 Series GPUs. Experience AI-acceleration in top creative apps and enhance your workflows with the NVIDIA Studio platform of dedicated drivers and exclusive tools. Whether you’re rendering complex 3D scenes, editing high resolution video, or seamlessly connecting and collaborating with NVIDIA Omniverse™, GeForce RTX GPUs give you the performance to create your best.

GEFORCE EXPERIENCE
Capture and share videos, screenshots, and livestreams with friends. Keep your drivers up to date and optimize your game settings. GeForce Experience lets you do it all. It’s the essential companion to your GeForce graphics card.

NVIDIA G-SYNC®
Get smooth, tear-free gameplay at refresh rates up to 360 Hz, plus HDR and more. This is the ultimate gaming display and the go-to equipment for enthusiast gamers.

ANSEL
Turn your screenshots into art with this powerful in-game photo mode that captures 360, HDR, and super-resolution photos.

RESIZABLE BAR
Resizable BAR is an advanced PCI Express feature that enables the CPU to access the entire GPU frame buffer at once, improving performance in many games.